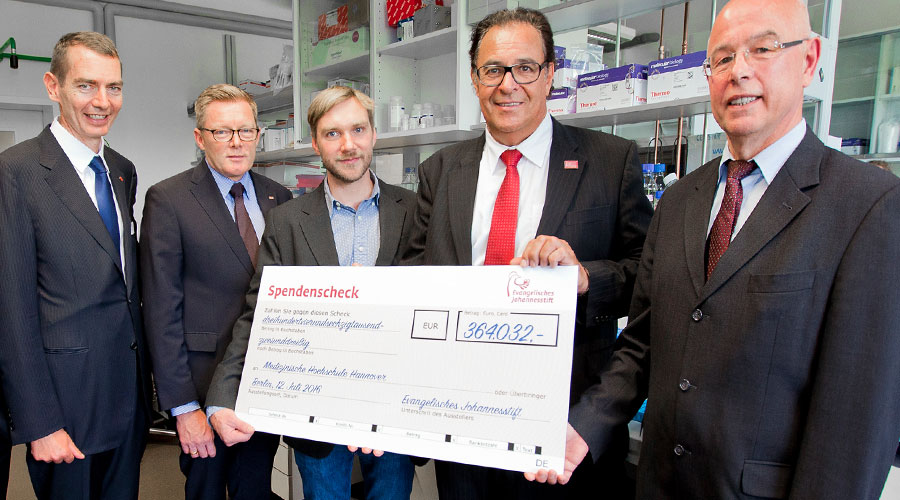 Leukemia is the most common type of cancer among children. Infants mostly develop a subtype called acute myeloid leukemia (AML), which PD Dr. Klusmann has studied since starting his doctorate at the age of 23. “There are certain genetic defects that only occur in infants, and not in older children”, he emphasizes. Further, AMLs are particularly aggressive in small children. In Germany, 40-50 infants are affected each year, and half of these children do not survive the disease. Infants are especially sensitive to standard chemotherapy. “It acts like a hammer on the entire body – the oral mucosa gets inflamed and hair falls out”, describes Professor Christian Kratz, director of the Department of Pediatric Hematology and Oncology. Targeted therapies that only attack cancer cells are thus the focus of the clinic’s research.