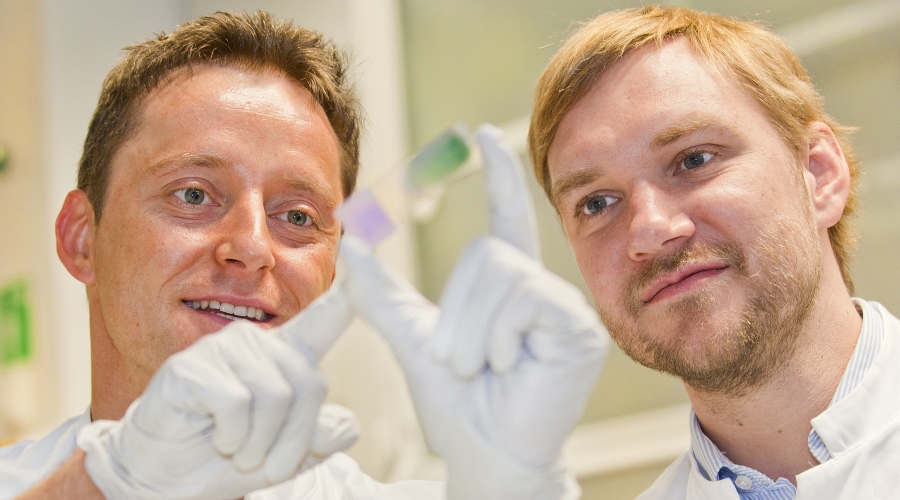 PD Dr. Jan-Henning Klusmann has received the prestigious “ERC Starting Grant” from the European Research Council (ERC). The grant covers 1.5 million Euros over five years and provides funding for his project “iAML-lncTARGET”, which ultimately aims to uncover long non-coding RNA (lncRNA) targets in infant acute myeloid leukemias (AML). The project will primarily focus on lncRNAs (a novel and largely uncharacterized class of ribonucleic acids) and their interactions with oncogenes during AML initiation and progression.

In unborn infants, the blood system is first formed in the yolk sac of the embryo, then in the fetal liver, and only shortly before birth does the process moves to the bone marrow. We propose that infant leukemias originate from immature blood cells of the fetal liver. The working hypothesis is that certain fetal stage-specific lncRNA-oncogene combinations can transform stem cells into pre-cancer cells in the fetus, which persist and develop into a full-blown leukemia in the newborn infant. If such lncRNAs could be targeted in the infant when they are no longer required for fetal development, then we may be able to eradicate the leukemia.